In a sense, “wearable technology” has been with us for centuries. The first “necklace watch” was invented in the 1500s, the first wristwatch in the 1600s. Wearable technology entered its highest-impact realm—medicine and healthcare—in the 1800s with the invention of the first wearable in-ear hearing aid. It entered the digital age with the digital watch and the nascent app age with the calculator watch.

This long history culminated in the revolutionary Fitbit in 2010. This wearable step-counter opened the floodgates of the “Quantified Self” movement—wearable devices to track and count everything about a person, from their heart rate to their blood sugar, in an effort to optimize user health. An even bigger breakthrough of internet-enabled (IoT, or the Internet of Things) wearable health monitors furnishes healthcare providers with medically relevant data between doctor visits, providing doctors a much more robust picture of their patients’ health.

Samsung debuted the first widely available commercial smartwatch, Galaxy Gear, in 2013. Apple quickly followed suit with Apple Watch in 2015. Wearable devices had come full-circle—heirs of the wristwatch merged with the mobile app revolution through the IoT and were equipped with robust health-monitoring functionality. Wearables have come of age--and they continue to improve and evolve.

In 2019, the wearable technology industry was valued at over $28 billion, with an anticipated compound annual growth rate of 15.51% between 2020 and 2027. On the horizon: smart glasses, rings, earbuds, shoes, earrings, buttons, and much more.

Thinking of getting in on the action? Here are five things to know about wearable application development before you get started.

1. Make Sure You Understand Your Use Case

“Use case” has many academic definitions that computer scientists use to describe how a product can be used. Wrested free from the jargon, the use case for your wearable application is simply how your user will use and benefit from the app, and what the outcome is.

Think of it as the “story” of your user and the app—what pain point inspired them to get the app, and how the app alleviates that pain point.

So what is the use case for your app? Examples might include:

A use case should be simple, like an elevator pitch. A person who is not an industry expert should be able to hear it and immediately understand what the wearable app does and how it will help users.

An important part of developing a use case is understanding the users themselves. As with any app development project, you should build your use case around thorough market research, including:

2. Determine the Platforms Your App Will Need to Live On

Every app needs a platform—an operating system if you will. In the pre-wearable days, your choices were simple—Windows or Mac, Android or iOS. An expanding menu of wearable options has muddied the waters. The platform you need to design for may not be as obvious as you think. If your app relies on the interaction between two wearable devices—say, a smartwatch and a pair of smart glasses—the project may get even more complicated.

Here are some platforms to consider for your wearable application development project:

Smartwatches dominate the wearable device market—flexible, versatile, a genuine competitor with the smartphone or tablet in terms of functionality. Consider whether your wearable app needs to be developed to operate on one or more of the following smartwatch platforms:

Fitness and activity trackers don’t give smartphones a run for their money—they fulfill specific fitness functions. Fitness tracker platforms your wearable app might be suited for include:

Smart Glasses use augmented reality (AR) technology to supplement the real world, as viewed through the spectacles, with extra information provided by the glasses. They can also receive input and in some cases interpret. Still, in their infancy, smart glasses platforms to consider include:

Smart rings have yet to enjoy widespread acceptance, but if you want to dabble in the cutting edge of wearables, here are two smart ring platforms to consider:

3. Start Thinking About Security at the Beginning

With every nascent technology comes new security threats, especially in the digital world. Especially considering many wearable apps spring from the health and medical industry, serious regulations about data security often apply; many wearable app developers may need to validate app security to comply with HIPAA.

Wearable app security risks to consider early on include:

4. Understand that UI and UX Will Be Different

Developers accustomed to designing applications for desktop and mobile OS environments may have to relearn UI and UX. Wearable devices tend to be much smaller, with smaller displays and fewer controls. Some UI and UX principles to keep in mind when developing apps for wearables include:

5. Be Mindful of Memory and Battery Consumption

Wearable devices usually offer less memory and battery power than their mobile device counterparts, and certainly less than desktop or notebook computers. Developers accustomed to desktop and mobile app development need to buckle down when developing apps for wearable devices.

To optimize apps for these tiny devices, developers need to take a brutalist, stripped-down approach—no extra code that will slow the app down, no processes that are more battery-intensive than they need to be. To do anything else would be to make your wearable app obsolete upon release—no one will use an app that takes forever to load or drain their smartwatch battery in an hour.

Wearable IoT devices are more than just a passing fad. Developing apps for these groundbreaking devices may be the next software gold rush. If you want to strike it rich in this exciting software frontier, make sure you:

Keep these critical tips in mind, and wearable success is well within reach!

Don't know what to build? We can help you find the best to build your product. 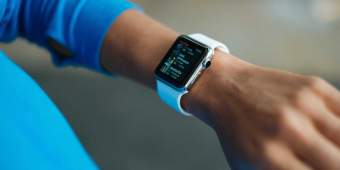 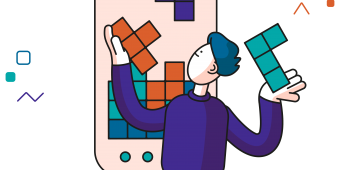