When it comes to health, tech solutions follow their own rules

Tech solutions within the healthcare industry often don’t need to reach the most users to make a meaningful impact. They just need to make lives better. Smaller audiences don’t necessarily mean smaller profits for those who invest in healthcare technology. But this reality does mean the rules for navigating healthcare tech can be different than what's in the usual startup playbook.

Health tech solutions tend to take longer to come to fruition than those in other industries, for example. The “move fast and break things” attitude adopted in much of information technology doesn’t work given the red tape and regulations in the medical world. Still, most healthcare companies are working toward digital solutions to streamline the varied pain points their customers have.

We spoke with Dr. Kate Wolin, cofounder of Coeus Health, about how the same strategies for building a new food delivery app won’t always work to build healthcare solutions. Coeus seeks to make digital health solutions scale — going from scientific research to consumers. To do this work, Dr. Wolin straddles health and tech industry standards as a behavioral scientist and tech entrepreneur, allowing her to see the similarities and differences between the two disciplines.

The process of building an MVP, or minimum viable product, is crucial for seeing how your tech solution will work. If it works well enough to earn users in the real world, then you build on it. That way, there are no sunk costs — you just roll out features as time and financial and human resources permit.

In healthcare, that doesn’t always work. The definition of “minimum,” for example, can be very different. Maybe your minimum viable product is full-featured, but built quickly on the back of an existing system. Or maybe you manually give users feedback instead of running a robust artificial intelligence back end, making it impossible to scale. If you end up scrapping your MVP because it can’t grow with your company, don’t think of it as losing money. That money went to gaining insights that will inform the scalable solution.

“I’m a startup CEO and a scientist,” says Dr. Wolin. “In working with a couple software development shops, the best thing they have done is to question what we are doing.”

Sometimes, building the perfect software right from the beginning isn’t a realistic goal. Developing a usable prototype can be enough to attract users and/or prospective investors, which can land you the resources to develop the project to the level you want.

[irp posts="19181" name="Choosing between healthcare software companies? What to know"]

Doing something big for a small number of people should be considered just as transformative as doing something small for a big number of people, particularly in healthcare. While many in the tech world are looking for the next cutting-edge app to transform society as we know it, healthcare populations have different and specific needs. Serving any of them well can literally save lives. And bringing something to market that doesn’t work can do real harm. So while a laundry-washing app may need to scale to millions of people to reach a profitabile cash flow, an app that serves a necessary medical function might not.

In our work with healthcare device company Theragen, for example, we created an app to pair with a bone growth stimulator worn by those recovering from spinal fusion surgery. That’s a tiny fraction of the population, but one whose quality of life was greatly improved by using Theragen’s device.

The app we developed with them helped increase patient adoption and use of the bone growth stimulator, as well as adherence to other post-op activities that help with healing, like getting regular exercise. The result: a digital app was able to improve healthcare outcomes –– and therefore the quality of life –– for the niche population of people who require spinal fusion surgery.

In other words, one size does not fit all for healthcare solutions, but one app can make a huge impact on a small portion of the population. Your team may not net returns across a wide audience, but you can get a higher per-user return from making an essential product.

Healthcare tech funding must move from home runs to base hits

Software can transform people’s lives without earning a giant return on investment. That doesn’t mean VCs can’t cash out once new health tech solutions are adopted. It just means you need to know what the market needs and which companies are serving which audiences.

“With VCs, you have 10 companies and nine can be failures as long as one gets a massive return. That means they’re only investing in ideas that have the potential to be billion-dollar businesses,” says Dr. Wolin. “The thing is, that to me is the equivalent of saying ‘I’m only going to assign sluggers to my baseball team.’ It negates the value of someone who’s really good at getting on base.”

What “good enough” means in healthcare

The pitfalls of developing an app that doesn’t work in the healthcare channel are much bigger than in the rest of the market.

“If I buy a pair of pants and they don’t flatter me, I’m disappointed. But if I choose your mental health app over traditional therapy, I’m risking substituting something that doesn’t work for something that does. For a lot of these outcomes, there’s something out there. It might not be accessible, and it might be expensive. But there’s an ethical consideration in giving people something that works,” says Dr. Wolin.

In other words, there’s value in getting something to market, but if people come to rely on your product and it can’t deliver, the consequences are far more dire than a one-star review in iTunes. Theranos is a chilling example.

The medtech startup raised hundreds of millions of dollars on a multi-billion-dollar valuation to produce technology that would enable blood testing for multiple conditions with much less blood than is required for standard blood tests. In 2015, a healthcare system with 725,000 patients named Theranos its preferred provider of lab work.

But Theranos’s technology never actually worked. In late 2015, reports emerged questioning the validity of the company’s technology. In the years since, the company’s founder, Elizabeth Holmes, was convicted of fraud.

Why did Theranos fail so spectacularly? For one thing, its leaders didn’t seek peer review of its early results. Rather than failing in a low-stakes testing environment, Theranos failed in a way that put real people’s well being at risk and cost investors hundreds of millions of dollars.

If you’re going to fail, fail in a test environment. The real world for healthcare is only for products that work.

Hippocrates, the “father of medicine,” included these lines in his work Of the Epidemics (they may sound familiar because they’re the inspiration of the Hippocratic Oath):

"The physician must be able to tell the antecedents, know the present, and foretell the future — must mediate these things, and have two special objects in view with regard to disease, namely, to do good or to do no harm."

They speak to the unique challenges of designing health tech solutions: these products cannot simply “work.” They must improve users’ lives, often in a way that meets rigorous standards of a federal regulatory body.

Increasingly, that’s the reality for tech solutions in a variety of industries. As data privacy laws like GDPR and CCPA become the norm, as search engines like Google start rewarding digital accessibility, as consumers become more sophisticated in their use and demands of digital products, all of tech is being pushed toward higher standards.

Even Meta (then Facebook) eventually moved past its “move fast and break things” credo that became so famous in the startup world.

No doubt there are additional constraints in the healthcare space, and yes, they can hamper innovation, but the truth is that health tech solutions operate by a methodology and rules we sometimes wish the rest of the industry could follow.

Instead of aiming to reach the biggest possible audience with software that aims for the lowest common denominator, remember the value in building to the needs of specific populations. Embrace the 4x return, not just the 10x one. And before you launch, make sure your product actually improves the lives of real people.

Curious about the process of developing digital health products that make a meaningful difference in people’s lives? Read about our work with Theragen, Renalis, and React Physical Therapy.

If you’re interested in hearing about how we approach work with healthcare and health tech companies, get in touch. We’d love to help you envision the path toward making life better for the people you serve.


Choosing between healthcare software companies? What to know 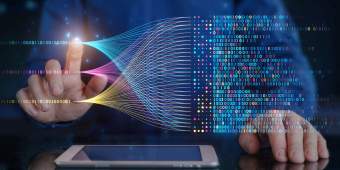 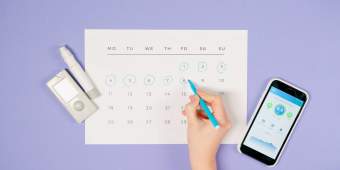 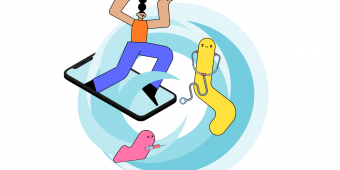