A critical aspect of being anti-racist in America means to stand in solidarity with Indigenous peoples. As part of a continued anti-racism effort at Table XI, we wrote a land acknowledgment to recognize the Indigenous peoples of what we know today as North America. Specifically, we recognize that members of Table XI reside on the stolen homelands of:

Land acknowledgments have become increasingly common in areas of the world that are colonized — namely the United States, Canada, New Zealand and Australia. They primarily serve as a reminder that the land we reside on was taken by force from Indigenous peoples, and that many of those peoples live on today. However, we also recognize that the land acknowledgment falls flat when used as a superficial gesture without any further call to action (this critique of land acknowledgments explains further).

Our intent is to avoid performative allyship and engage in meaningful support. For that reason, it was important that our land acknowledgment include relevant historical context, draw knowledge directly from Indigenous content creators where possible, and encourage donations to specific Indigenous organizations local to our areas.

Part of acknowledging Indigenous peoples is recognizing their accomplishments as the native stewards of these lands. It is a common myth that North America was an unfettered wilderness that European settlers tamed. In the land acknowledgment, we mention instances where Indigenous peoples paved trails and farmed land (such as with the Potawatomi Tribe in Chicago) and used their knowledge to aid the survival of settler communities (such as with the Duwamish Tribe in Seattle). We also sought to mention the specific broken treaties and deceptive agreements where possible (such as those that forced the Ute Tribe off their lands in Denver).

The land acknowledgment drew knowledge from a variety of different sources, including those written by institutions, historical articles and websites curated by Indigenous communities. We tried to use information from Indigenous websites as often as we could to learn directly from the community and respect how they prefer to present themselves and their history (such as with the Duwamish Tribe).

In all three metropolitan areas, there are Indigenous organizations advocating for Native communities, continuing cultural traditions and engaging in mutual aid. Especially during COVID-19, where Indigenous peoples are at higher risk due to centuries of violence and disempowerment by white society, we believe it is critical to show meaningful monetary support. We started by donating to all the organizations listed in our land acknowledgment, and plan to continue supporting and engaging in ongoing relationships with the Indigenous community.

In truth, land acknowledgments are just the first step in supporting Indigenous peoples. As individuals and an organization striving to be anti-racist, we know there is always more to do and to learn. While it is difficult to envision true reparations to Indigenous lives and communities destroyed by colonialism and white supremacy, we’re committed to making an effort toward that end.

Our pursuit of anti-racism comes from both our personal ethics and our professional obligation to build software and systems that work for people. Without a full representation of everyone’s experience, we’ll never be able to design and develop a better future.

Published by TXI DEIB in Activism 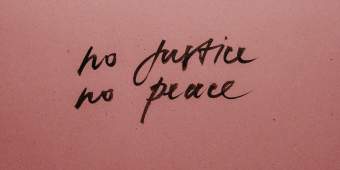 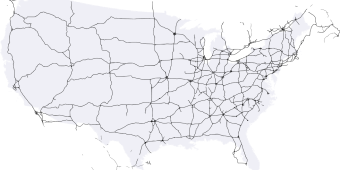 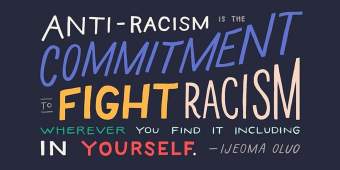