On any project, the UX team is trying to answer two big questions: What should we build, and did we build it right?

We have multiple research tools to answer that first, million dollar question, including our Product Design Workshops. To answer the second question, we rely on interviews with the end users who will be interacting with the product. Throughout the life of a project, we'll check in with them to conduct a series of moderated usability tests that show us where we need to make adjustments or corrections. By getting early feedback from real users, we’re able to make sure the product is offering the most value in the most efficient way before we launch it. That saves clients from paying for features they don’t need and gets the right product to the right audience faster.

Everyone has used a website or app designed by people who thought they knew what users wanted, but never stopped to actually ask them. When designers deliver before diagnosing, we risk creating a disconnect between how we assume the product should work and how it needs to work in reality to provide the most value to the end user. Building empathy through conversations with end users helps us recognize not just what people want, but what they need. And when we meet that need, the project is as successful as it can be.

Give the user something to react to alongside your interview questions

If we ask you what you want for dinner tonight, you might not really know. But if we give you three things to eat, we might get a better indication of what your tastes are. That’s how we approach usability testing. We try to get prototypes in front of our users as quickly as possible so we can gauge their reactions and find out which direction is going to make them the most effective.

It doesn’t matter if the prototype is pen-and-paper or a fully interactive design. Our team builds in code, Sketch, Photoshop, InVision — all of them make prototypes that accomplish the goal of being believable enough to test. We just want to show users a version of what we think they need based on what we know, then ask them as many interview questions as possible so we can understand why they like or do not like certain things.

Guide users without giving them answers

No matter the method, you want to make sure that you’re not guiding users to the answers you want them to have. Everyone wants to get the “right” answer, so they’ll be looking for any clues from you about what they’re supposed to be doing. We want things to go wrong — that’s where we get the insights that can make the product better before it launches.

To make sure users are giving us their honest reactions, we keep our fingers off the scale by using open-ended questions. Asking a user to search for a sofa, for example, directs them to the answer, because it’s using a computer term they can complete. Instead, we’ll ask them to buy a sofa, so we can see how they would naturally approach that process. That doesn’t mean that it’s totally freeform. We’re still very much testing for completion of a goal. We’re just allowing the users to be authentic with their answers.

As they complete the tasks, we’ll have them talk through their process out loud. We want to know what’s going on in their head, so we need them to narrate for us. When they’ve completed the task, we’ll then have them go through a second time, so we can ask questions about the different things that they did. This is how we start to connect the dots between the metrics and the users’ goals so we can see if the prototype is helping them get there.

Find a new product in 5 days? Learn how with our free Google Design Sprint ebook.

Usability testing still has a bit of a bad rap, because people will sell you on a laboratory filled with expensive tools that generate lots of information but very little meaning. At Table XI, we're looking to get the most usable information in the most cost-effective way. Nothing more. We’re always trying to think through the simplest way to facilitate a conversation and see what’s happening on someone’s screen. At the end of the day, if we can do that with a prototype, a shared screen and careful listening, that’s a lot cheaper and a lot faster.

There are times when it really helps to watch the user in-person, in the environment they’d be using your product. If we’re making a productivity app, we want to follow the user around on their workday and watch them while they use the app on their commute or sitting at their desk. Or if we’re producing enterprise software that’s meant to be used on the jobsite to accomplish a very specific task, we want to see that in context. But we’re always looking for the simplest path to get the actionable insights we need and nothing else.

We always want our clients to get the most bang for their development dollars. That’s why we do usability testing in the first place — to make sure we’re building products people will use.

Remote or local, the most important user interview best practice is to record everything so we can annotate it later.

We use several tools for this. GoToMeeting is a standard for both video chat and screen-shares. It lets us watch users’ faces and screens while they work toward a goal, recording everything. We also use Lookback to record our users when they can’t be on GoToMeeting, like if they’re testing an app on their phone. Users literally get a mobile phone that’s connected by a USB cable to a computer. Lookback’s also really great for analytics, it does some of that high-level analysis for us.

If we can’t record for some reason — like if we need to test an app in an environment where it can’t be connected to a computer, we make sure we have two people in the user interview, one facilitator and one note-taker who can take down every action and thought the user has. The most important thing is to make sure we leave each user interview with qualitative data that we can then start to analyze.

I can tell you the benefits of user research until I’m blue in the face, but it’s not until a client sees a user struggling to complete an interaction that the value becomes clear. It can be painful, but it’s also wonderfully illuminating. That’s why we try to include clients in our user testing interviews, so they can get that visceral understanding.

Every client comes to us with a wealth of knowledge about their users. But we can always learn more by asking the right questions directly to the right users. And that’s what usability testing is all about.

Once we’ve gathered the data, we use a whole new set of tools to annotate and code the feedback until we can sift out the nuggets that will make the product better. We’ll write about those in a future blog post, as well as our process for sharing these insights with clients. But at the end of the day, the goal of user testing is to have a good conversation with our users that let’s us get into their heads so we can build products that give them real value. That empathy is what makes our products better. 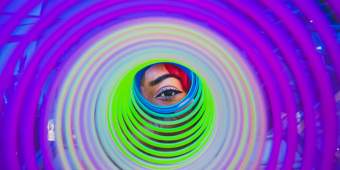 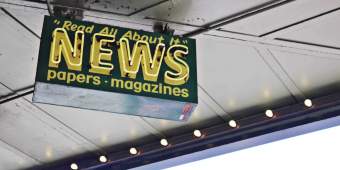 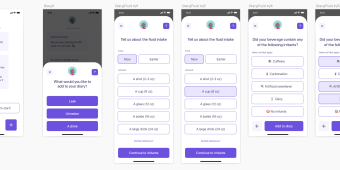